Open Lines No. 7 – Letters sent to Members of Parliament in February 1992

This issue of OPEN LINES – possibly the last – will be published in the midst of a general election campaign. The outcome of the election will affect the future standards of public services not just for the next five years but for decades to come.

At such a time, how Ministers deal with parliamentary questions may seem unimportant compared with the Government’s record on the economy, health services, employment and education. Serious discussion of these issues, however, depends crucially on public access to information; and the publication of replies to parliamentary questions is one of the most important ways of ensuring such access.

Practically all the information published in the seven issues of OPEN LINES which have appeared since last summer would, in the past, have appeared in the official parliamentary report, Hansard. The Conservative Government has obstinately resisted the recommendation of the all-party House of Commons Procedure Committee for a resumption of that practice. If a change of government leads to its acceptance, the election will have achieved a small but crucial victory for democracy.

This is the fifth issue of OPEN LINES for which generous financial support has been received from the Joseph Rowntree Reform Trust.

As in previous issues. the letters reproduced are those from executive agencies in the social security and employment fields. This issue contains 54 such letters written in the month of February 1992. Letters on other subjects are listed in the Appendix. 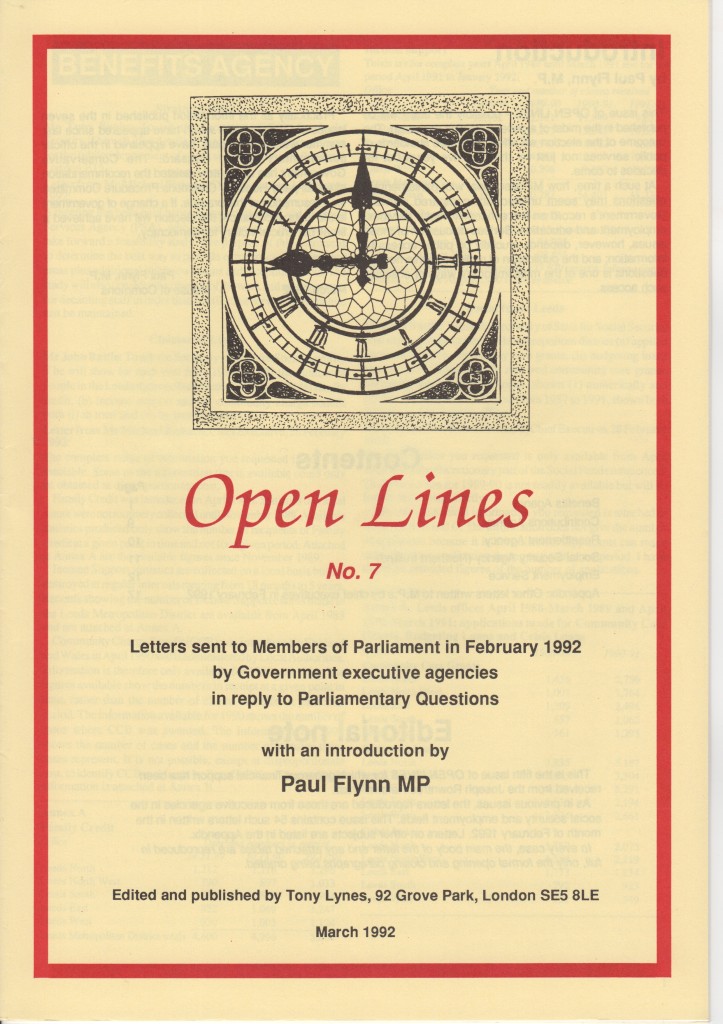