“Possibly it is unique for a publication to ask for its raison d’être to be removed. But this is not a job for private enterprise or philanthropy. It is a job for government.”

The eleven monthly issues of Open Lines published between July 1991 and August 1992 contain nearly 400 letters to Members of Parliament, written by chief executives of ‘Next Steps‘ agencies in the previous month in reply to Parliamentary Questions on subjects relating to social security and employment.

Prior to the launching of the ‘Next Steps’ agencies, the information given in these letters would have been published in Hansard, in the form of written answers by Ministers. From October 1992, the letters were themselves published in Hansard. Publication of Open Lines was therefore no longer necessary and ceased. The eleven issues published here, however, remain a unique source, covering most of the period for which the information given in them was not published either in Hansard or anywhere else.

The people behind Open Lines 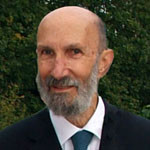 Open Lines was initiated by Paul Flynn MP, who has been Member for Newport West since 1987. The editor and publisher was Tony Lynes.

In his autobiography, Paul describes the support he received from Tony as a social security frontbench spokesperson:

Tony was the best stroke of luck I have ever had in my chequered Parliamentary life. He is one of the country’s greatest experts on Social Security. An ex-civil servant, he left to form the Child Poverty Action Group, which he headed for years before Frank Field joined it. The author of several standard books on social security he had never sought wealth or status. He was single-mindedly devoted to improving the efficiency and justice of social security.

Social security frontbenchers are plagued with at least one bill every year. I was hopelessly out of my depth. Tony Lynes kept me afloat with briefings that were clear and infallible. As each clause was debated on bills, teams of different civil servants would troop in to advise the minister. Margaret Beckett and I relied on Tony alone. He never let us down. So confident did I become in him that I happily stood my ground when Ministers told me I was wrong. When Tony was nodding his head at me at the end of the committee room I was never caught out. 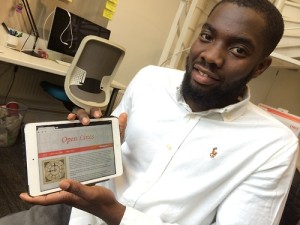 This online edition of Open Lines was created with the kind permission of Paul Flynn in July-September 2014. It was prepared by Ladi Babayemi as part of an internship at Helpful Technology. Ladi – born shortly after Open Lines ceased publication – is a Business and Computing student at the University of Hertfordshire. He scanned the eleven editions of Open Lines, prepared searchable PDFs from them and developed this website in WordPress, working alongside the Helpful Technology team (including Steph Gray, Tony Lynes’ son-in-law).

The online edition was presented to Tony Lynes on the occasion of his 85th birthday, in October 2014.