Open Lines No. 6 – Letters sent to Members of Parliament in January 1992

Nearly 200 letters from officials of Government agencies to M.P.s, replying to parliamentary questions, have been published in OPEN LINES since the first issue appeared in July 1991. It remains the only practical means by which members of the public, particularly those working for local authorities and voluntary bodies, can gain access to the information given in these letters – information which in the past would have been freely available in the pages of Hansard.

The demand for copies of OPEN LINES continues to grow and messages of appreciation come from many quarters. Particularly gratifying was the recent Freedom of Information Award conferred on Tony Lynes and myself by the Campaign for Freedom of Information. But a publication of this kind ought not to be necessary and cannot be more than a temporary makeshift.

Nearly three months have passed since the Lord President, Mr John MacGregor, conceded that there had been “some practical difficulties” with the official arrangements for making the letters available to the public by placing copies in the House of Commons Library. The main “practical difficulty” is that without actually seeing a particular letter (a privilege reserved for Members of Parliament and their staff), it is impossible to know whether it is worth asking the Library for a copy.

The Government’s proposed alternative is not much better: the letters would be published, but not in Hansard – a neat way of evading ministerial responsibility while ensuring that the information continues to reach as few people as possible.

Publication in Hansard is the only sensible solution and should be adopted without further delay.

This is the fourth issue of OPEN LINES for which generous financial support has been received from the Joseph Rowntree Reform Trust.

As in previous issues, the letters reproduced are those from executive agencies in the social security and employment fields. There were 32 of these in the month of January 1992. Letters on other subjects are listed in the Appendix. 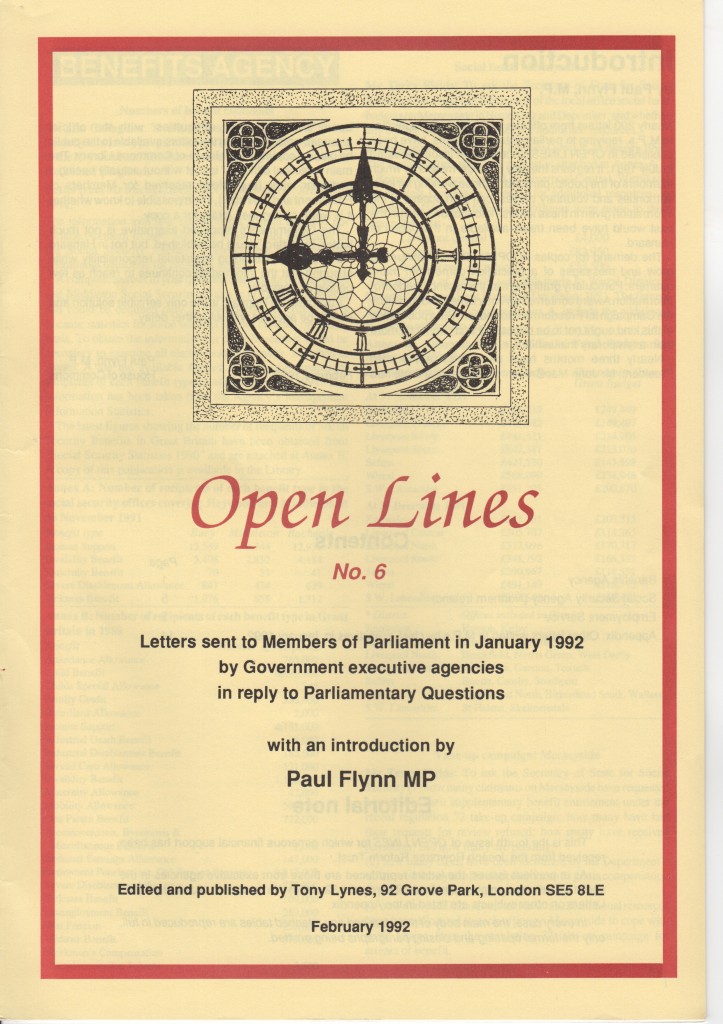