Open Lines No. 11 – Letters sent to Members of Parliament in July 1992

With this issue, OPEN LINES ceases publication. It is appropriate, therefore, to take this opportunity of thanking all those who have contributed to its success; for it has, indeed, been successful, not only in restoring to the public domain a large amount of information which would otherwise have been virtually inaccessible, but also in helping to persuade those responsible that this information should in future be published in Hansard, as it always was in the past.

Those to whom thanks are due include the Joseph Rowntree Reform Trust Ltd. whose grant covered most of the cost of issues 3-11; my research assistant, Tony Lynes, who combined the roles of typist, editor, publisher and distributor; members of both his family and mine who stuffed envelopes without pay;

Chris Sear and the staff of the Official Publications Library at the House of Commons who assiduously chased up missing letters from chief executives; Roger Ayres of A Print, Newport, Gwent, who printed each issue with amazing speed and efficiency; Bryan McAllister whose cartoon enlivens the cover of this issue; and, not least, my Parliamentary colleagues who provided constant encouragement and support and refused to allow the Government to continue to use the ‘Next Steps’ agencies as a means of undermining the constitutional role of Parliamentary Questions.

As in previous issues, only letters from agencies in the fields of social security and employment are reproduced in the following pages. Those from other agencies, or excluded because they are concerned only with individuals‘ benefit entitlements, are listed in the Appendix.

In every case, unless otherwise stated, the main body of the letter and any attached tables are reproduced in full, only the formal opening and closing paragraphs being omitted. 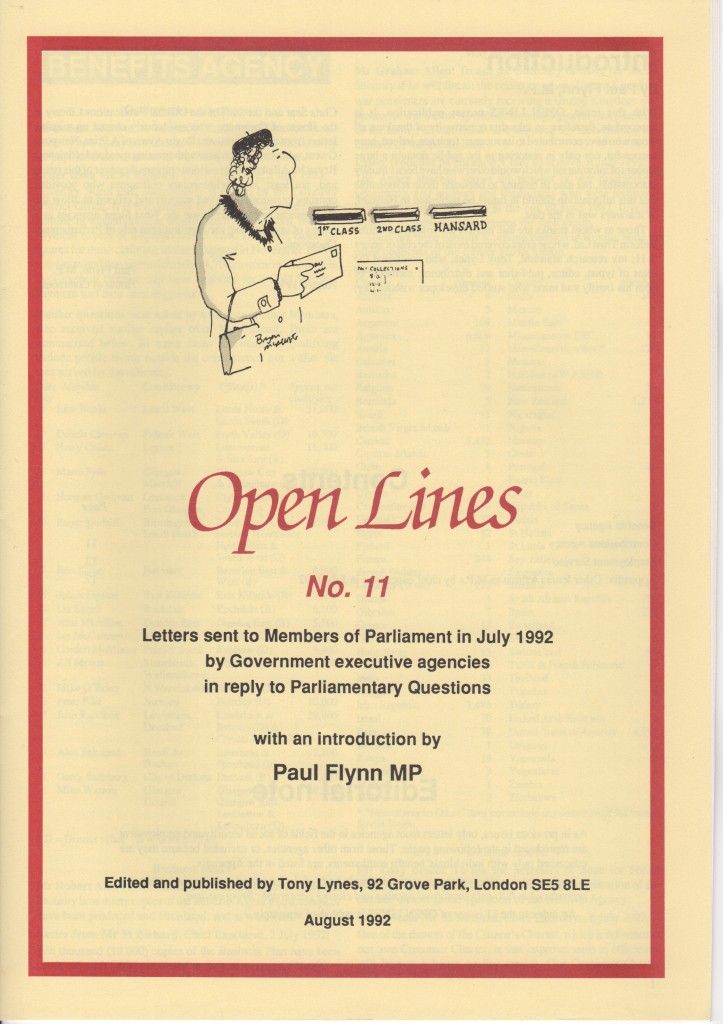